There are two important words to remember concerning Kate O’Beirne’s book, Women Who Make the World Worse: and How Their Radical Feminist Assault Is Ruining Our Schools, Families, Military, and Sports: Get it. It is that good, that important. Read it for yourself. Read it to your daughters. Prescribe it to your sons.

It is not enough that the world of feminism is discovering their ideology is based upon tissues of improbabilities. Feminism is an ideology with itself as both the object and the goal. Therefore, dogmatic feminists would rather promote any lie in order to advance their own agenda rather than allow truth to be revealed.


This is a brilliant piece of work. Often downright funny, its genuinely wise insights into what makes feminism tick and what drives the movement makes this books a must have for parents of growing children and teenagers. Why? In a sense it is a mini-course in apologetics against what is being fed through the schools, the media and higher education. OBeirne has a solid grip on feminists, and pulls their “logic” apart masterfully. We should all learn to be so adept at doing the same.

Women Who Make the World Worse: and How Their Radical Feminist Assault Is Ruining Our Schools, Families, Military, and Sports
Type: HardcoverISBN: 159230092

19 May 2006
Carnival Dealine Looming
I forgot to make an earlier appeal for posts to the next Lutheran Carnival, which will be hosted by Sam of Nerd Heaven. Submissions are due in a few hours, so read what Sam says, check the guidelines, and round up a post or two to help out this first-time host.  ¶ posted by Orycteropus Afer | 15:34 | 0 comments | 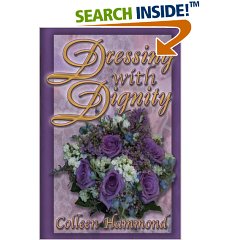 I first discovered Colleen Hammond several years ago via her website.She was just coming out with her book at the time, and the first release was fraught with plagerism controversy. "Dressing with Dignity" is now available in a revised 2nd edition.

A Roman Catholic and former beauty queen, Mrs. Hammond promotes an elegant, dignified and modest approach to dressing. She suggests practical guidelines on choosing modest tasteful attire, hints on how to talk to teens, how to cultivate grace and charm, and how to awaken a spirit of chivalry in men. She also includes a helpful, but probably-soon-to-be-out-of-date resource list.

What I found interesting and unique to this book is the historical background. Hammond includes a fascinating section on a Freemason agenda to corrupt women through fashion and many quotes from scripture, saints and Roman Catholic hierarchy.

I give this book a so-so rating. "Rome-a-phobe" readers will probably be turned off by the "all for Mary" tone of the traditional Catholic author. A reader new to the idea of non-frumpy modesty will probably enjoy it very much. Much of the information can be found in other places. "Fascinating Womanhood" is a good read on the subject, as is "A Return to Modesty."

Call me a Pharisee, but I am highly offended by the lack of reverance and respect in our churches and our culture. New voices on this topic are always welcome.

07 May 2006
Lutheran Carnival XXIII
The Twenty-third Lutheran Carnival, introduced by Frederick Augustus Conrad Muhlenberg, is up and running at Random Thoughts of a Confessional Lutheran.  ¶ posted by Xrysostom | 23:25 | 0 comments | 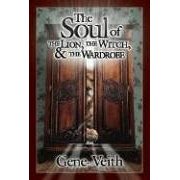 Visiting the Barnes and Noble in Bossier City, LA, I was again striking out on most of the books I wanted to read. I opened my search to anything by the authors, and I came across a book by Gene Veith, a.k.a. Dr. Gene Edward Veith, owner of the Cranach blog and newly hired Academic Dean of Patrick Henry College. I picked up his book, The Soul of The Lion, The Witch, & The Wardrobe.

The Soul is divided into two parts. The first deals with the allegorical references to Christian beliefs in C.S. Lewis's The Lion, The Witch, and The Wardrobe. Seven chapters cover creation, human nature in two worlds, the White Witch, Aslan, the stone table, the final battle, and coming back home. Veith relates this directly to keystones of Christian theology such as the Devil, the Christ, atonement, justification, and sanctification.

The second part covers what the author calls "The Fantasy Wars". He discusses The Chronicles of Narnia against more modern fantasy literature such as the Harry Potter series and the atheist series His Dark Materials. Veith provides a balanced view of Harry Potter; he praises Rowling for the objective good and evil displayed by her students at Hogwart's, he criticizes her disdain for the world of the Muggles, the normal (presumably ours) of people who don't see the magic around them. He praises Phillip Pullman from a literary standpoint for Pullman's making of atheism palatable through fantasy, though of course he takes Pullman to task for humanistic narcissism and his representation of God as "The Authority" who must be defeated.

The book also contains a reader's study guide, useful for the individual or small groups. Endnotes provide additional information tangential to Veith's points. The book itself is a short read, only 206 pages. Obviously one would benefit from reading The Chronicles of Narnia first, but it's not necessary. The second part is very informative for those who haven't read Rowling or Pullman.

I enjoyed the book and know someone who will very much appreciate it. If you like fantasy literature in general, find The Chronicles of Narnia or C.S. Lewis intriguing, or at the very least want to know about some of what kids are reading today, this is a book I highly recommend.

02 May 2006
Next Carnival Coming Up
Submissions are due this Friday for Lutheran Carnival XXIII. The next host is Random Dan. Thanks to the crew at Carnival Central for allowing Ask the Pastor the privilege of hosting Carnival-22 this fortnight. Don’t forget the submission guidelines.  ¶ posted by Xrysostom | 20:21 | 0 comments |

"Pastor, if the Lord's Supper is everything that the Bible and the catechism say it is, then why don't we have the opportunity to receive it when we come for worship each week?"

The Blessings of Weekly Communion also offers helpful ways to recover the practice of weekly Communion. Wieting shows how preaching the Word prepares for and leads to the celebration of the Lord's Supper in the Divine Service. Each chapter concludes with discussion questions to help readers reflect and apply the material to the circumstances in which they find themselves both individually and corporately.

Wieting has written for The Lutheran Witness, Logia, For the Life of the World, and was a contributor to Liturgical Preaching (Concordia, 2001). He has served parishes in Wisconsin for more than 20 years.